5 Botox Myths and the Truths Behind them 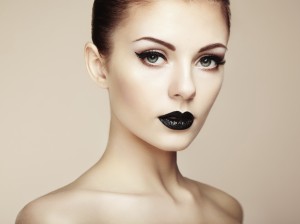 Even though Botox is a temporary treatment that requires maintenance, discontinuing treatments will not contribute to deepening lines. In fact, once you stop receiving Botox injections, your wrinkles will return to their normal appearance. However, it is important to keep in mind that continuing regular quarterly Botox treatments will delay the aging process. See my video on how Botox prevents the aging process.

Botox was first approved by the FDA in 1989 for medical conditions such as strabismus and then in 2002 for cosmetic use such as the treatment of frown lines. It is a purified protein and when it is administered by an experienced practitioner in the right dosage, it is as safe as any FDA approved drug available.

Myth #3 Botox is Only for Women

If you’ve ever come across a Botox advertisement on television or in a magazine, it’s likely that the ad was geared toward women. But plenty of men receive Botox treatments as well, and for a variety of reasons. For example, many men try Botox to soften their frown lines so they may appear less intimidating or angry, while others are simply trying to reclaim their youth. Either way, Botox is suitable for almost everyone.

There is no evidence of physical addiction resulting from the use of Botox. You may get accustomed to your skin appearing youthful again, but if you wish to stop there are no actual “withdrawal” symptoms, such as those one suffers from addiction to a drug substance or other habits like caffeine consumption.

Myth #5 Botox is Used only to Treat Wrinkles

While Botox is most often associated with wrinkle reduction, it actually does have many other uses. For instance, it’s also used to reduce facial pain and headaches caused by TMJ disorder and block sweat glands to stop excessive sweating.

Dr. Sunanda Chugh is the Founder and Medical Director of Anand Medical Spa and has been practicing in NYC since 2004. She is a graduate of Cornell University and has completed her training at St. Luke's Roosevelt Hospital/Columbia Presbyterian Hospital. Dr. Chugh has worked and trained with top Plastic Surgeons and Dermatologists in NYC. Her special interest on the effect of the aging process on the face and body inspired her to specialize in Aesthetic Medicine.